Neatly packaged within each of the 100 million views of The Hire Season 2 were details about the driver’s weapon of choice, a Z4 roadster. Working on the BMW Films website, Film Player, DVD and The Subplot, I helped promote the Z4, the films and the BMW brand. I did not write film scripts. 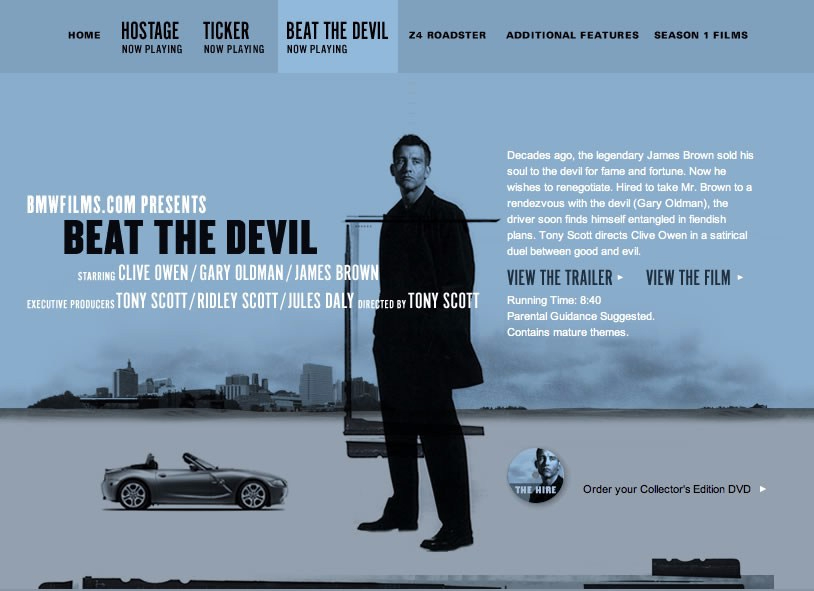 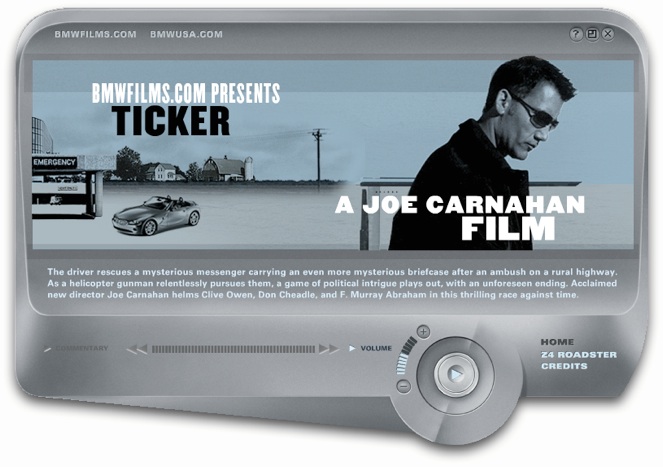 Who is the driver and why does he risk his life for strangers? These were questions we answered in the BMW Films Subplot, a backstory I helped create to engage enthusiasts of The Hire film series in a scavenger hunt online and across North America.

The Driver is shadowed by thousands of engaged fans.

One roadster.
One driver.
One mission to bring a backstory and scavenger hunt to life.